Light gets low and golden 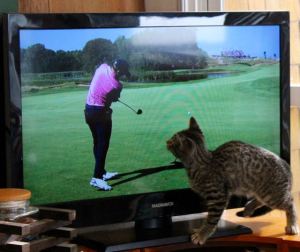 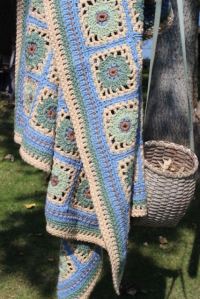 And my thoughts turn to making chocolates.

The garden keeps on giving. 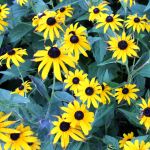 The birds hum and the dragons fly.

You know how every young person goes through an awkward stage? Not an adorable child any longer but not quite grown into the beauty she or he will become? You remember the heart-stopping beauty that was and you believe in the miracle that will bring the loveliness to come and yet every time you look, and you see the teeth that are too big for the face and the acne, you have to wonder a little?

That’s what our weather is like right now. The rest of the northern hemisphere seems to have sprung into springdom in all its glory, but here, in the North Country of upstate New York, we’re at the awkward stage.

The snow is melting into huge ponds on front yards but then freezes into perfect ice rinks over night.

Dead leaves and flower stalks from last year are stuck in the ice and hint of life but it’s only the merest whisper of a hint. 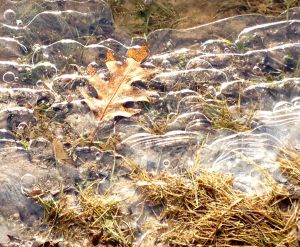 The sand left by road crews all winter is drifting and, on windy days, taking a walk feels like going through a sandblaster.

We have spots where bare ground is showing but also have lots of filthy snow and a lake that refuses to melt.

Where there’s ice at night, there will be mud all day. 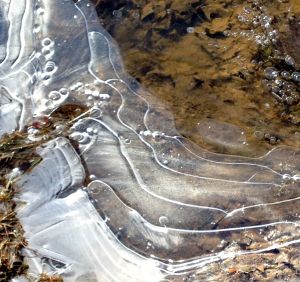 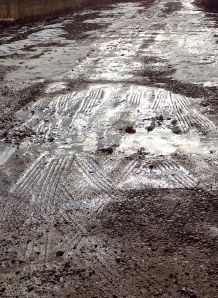 But no one is really complaining. Transitions are awkward and sometimes unlovely, whether in children or seasons, but they are also exciting and full of promise.

And one morning, we’ll wake up and without noticing exactly when it happened, the ugly duckling will have become a swan. 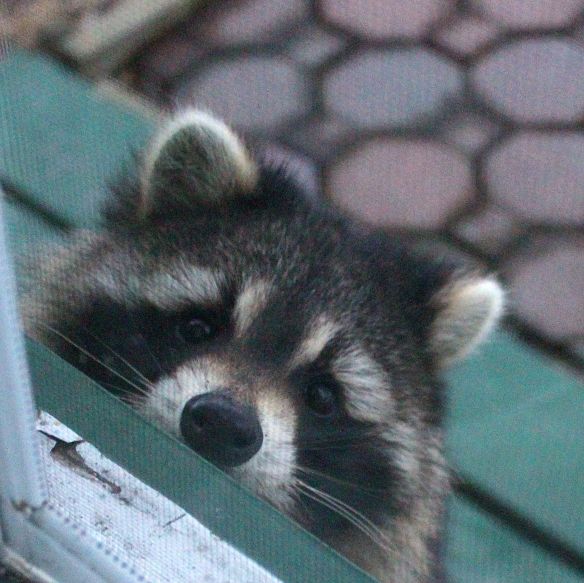 A sweet-faced raccoon stopped by for a quick visit recently.

Yesterday was the anniversary of the birth of Robert Burns, 18th-century Scottish poet and songwriter.

Burns is best known for “Auld Lang Syne,” which Americans sing on New Year’s Eve and Scots sing at Hogmanay. He also wrote “Scots Wha Hae,” a patriotic anthem of Scotland, and dozens of other poems.

My favorite, though, is “Green Grow the Rashes O.” It’s a paean to women, based on older (very) bawdy songs. I love Burns’ version for its theme of artistry and crafting, and for Burns’ gentle honoring of all women.

In the final verse of this song, a “toast to the lassies,” Burns casts Nature as an artist, who turns her loving hands to the making of humans.

At first, while an apprentice, Nature practices on making man.

And, then, having worked out the kinks, Nature makes woman:

Auld Nature swears, the lovely dears
Her noblest work she classes, O:
Her ‘prentice han’ she try’d on man,
An’ then she made the lasses, O

What’s not to love about that sentiment?!

There’s nought but care on ev’ry han’
In every hour that passes, O
What signifies the life o’ man
An’ ’twere na for the lasses, O

The war’ly race may riches chase
An’ riches still may fly them, O
An’ tho’ at last they catch them fast
Their hearts can ne’er enjoy them, O

But gie me a cannie hour at e’en
My arms about my Dearie, O
An’ warly cares, an’ warly men
May a’ gae tapsalteerie, O

For you sae douse, ye sneer at this
Ye’re nought but senseless asses, O
The wisest Man the warl’ e’er saw
He dearly lov’d the lasses, O

Auld Nature swears, the lovely Dears
Her noblest work she classes, O
Her prentice han’ she try’d on man
An’ then she made the lasses, O

When I was in college, I took an oil painting course. The professor told us that, when we painted a sky, we could paint it any crazy way we wanted to, because at some time, in some place, nature would make a sky that looked just like that.

I’m not sure I believed him then but, after years of paying attention and watching the sky, I believe him now. I don’t paint much any more but it is very easy to take a great photo, when nature does all the work!