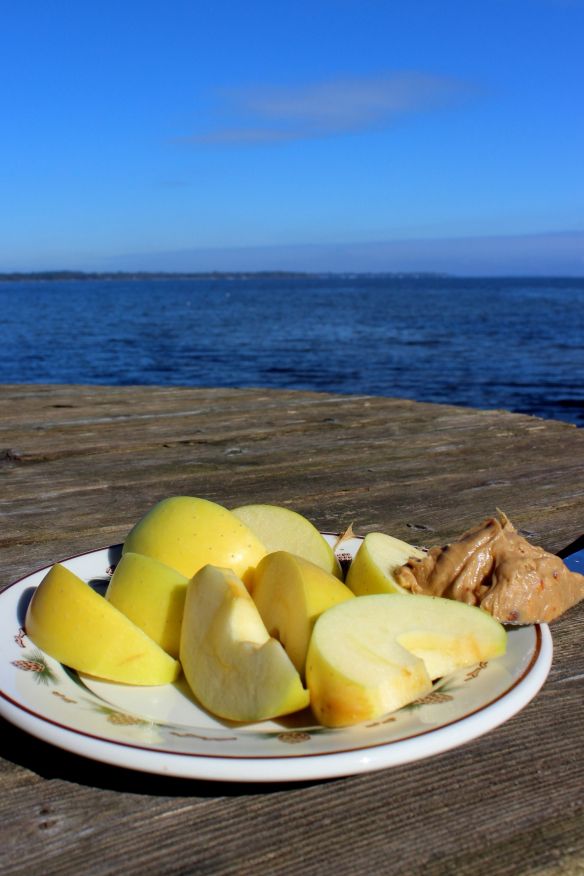 I’ve been making candy pretty much non-stop for the last four days and, as appealing as that might sound, it also means I have been eating a LOT of sweets and was pretty hopped up on sugar.

I needed a break. Something healthy to eat, maybe some protein and fruit. A few minutes to sit down before I went back to the kitchen.

Ah, just the thing. An apple, some crunchy peanut butter, a beautiful lake, a crisp day.

By the way, the apple is a “Blondie.” I’d never heard of it before I bought it last week at an orchard here in upstate New York. I found only a little information about it, which compared it to a Gala but yellow. It’s a very nice apple—a beautiful color, quite crispy, good juicy flavor. It’s a little sweeter than I would normally choose but not super-sweet like a Golden Delicious. If you see them, they’re worth a try! Since they’re early apples, you should probably refrigerate them.